About 'The James Macleod Company'

We have an office in Guernsey, Channel isle (s) (UK)

We have won multiple awards

Our trust is globally licensed by 'Whitehall, London, UK' 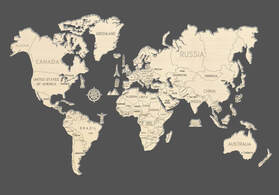 "Our company was founded by the year end of 2001 AD (Alderney, Channel Isle (s)), and became fully licensed in the year 2020 AD (trust office, London, and Alderney). We ensure data which is hidden (obscured), and at least data which in itself is restricted illegally can be visible in some instance (s) (certain topic (s)), for future domain project (s) to be able to share information, and of course share data freely, across the entire global web service, in both media format (s), and of course in written textual method (s). We also research the unknown scientifically, and the completely covered up topic (s) of our environment and times, seeing our organization universally recognized for advancing research center (s)."

All our research is sought through medical journals, and physical journal (s) of top academic (s), found throughout university libraries globally, known to be the true origin of data, which gravely due to cover-up (s) is hidden from public perusal. Within every part of data traced, we have researched the entire fact (data) logically, and correctly, to see, and explain true physical data, our trust, which is named as 'The Trust' (The James Macleod Company) was founded by 2001, and bring (s) you the direct finding (s) of various university post PHD graduates from a top university within the United Kingdom.

​J R Macleod who founded the James Macleod trust, and open enterprise company, is regarded by Oxford University as a top graduate, and a person of full Mensa, with Oxford University honouring James Rhoderick Macleod personally with a PHD in Applied Physics (Applied Rhysics Doctorate) in 2014, and seeing him receive several honourable doctorate titles across Europe, and the UK (United Kingdom), including the title of 'Sir' by several universities globally.

The principle idea to begin this open enterprise charity for Mr J R Macleod, was founded on the ideology of wrong doing by sector forces across the United Kingdom (England (mainly), Scotland (mainly), Wales (mainly), & Eire), and to thus provide further detail in their presentation traced from official diaries (bibles of education), with information also traced from University libraries, including many access records for public perusal, and (mainly) foreign international press from allied states, and enemy states of the UK (United Kingdom).

Brief data about our company

"We own a small hedge fund as a trust fund (The James Macleod Company), which yield (s) an income based on lease agreement (s) of purchased property throughout the United Kingdom (England (entirely)), we are a licensed charity which researches physical science in many specialist field (s). We have previously sponsored Oxford University, and many other universities worldwide, we have also sponsored a licensed medication college to promote core (essential) pharmacology ingredient (s) in medicinal use for consumer (s). Our trust aim (s) to continue to endure further research in many core area (s) of science, and we currently research a diverse array of scientific field (s) of data (information), all finding (s) are frequently published, and while we aim to provide full disclosure in all scientific field (s) we cover, many topic (s) we research for secrecy reason (s) of national, and international interest cannot be disclosed, please be aware we do not sell information, nor do we supply information, unless instructed by our mission (brand policies)."

More about the James Macleod Company

​We are a licensed audited open enterprise company (charity), who engage in entire process of increased information resource (s) through open source searches, we personalize throughout the entire world global web program (s) in special data. The James Macleod Company (registered as The Trust) is licensed by offshore regulation (s), it remain (s) an open enterprise company, and is part of ‘THE TRUST’ umbrella organization set up in the year 2000 in Alderney (Channel Isle), and Channel Island (s). The Trust encompasses five other organization (s), which remain fully licensed open enterprise companies, which remain ‘The Alien Company, The Creation Company, The Charity company, and ‘The Money Company’, and 'The Health Company'.
​
The Trust (encompassing five organization (s)), set out to educate person (s) about certain key criteria (s) of British value (s) in science, culture, genetic (s), creation, space exploration, & alien (s). We funded research at Oxford University, among many other universities globally, and we also educated various low-income person (s) for free (no charge), at various education resource center (s) in Europe, America, and within the United Kingdom.
​
Due to secrecy, we cannot reveal data found, unless confessed by the United Kingdom authorities, which all data we have gathered has been legally shared across the world (established verified confession (s) by United Kingdom authorities), please be informed that our hedge fund remain (s) active, and cannot be collected by any person, other than James Rhoderick Macleod (1983), failure to comply with our license will lead to certain prosecution (for your personal data).

Most new (s) found about the United Kingdom authorities, in abroad press, in afar press, and in foreign press, is disqualified by our organization to be published on this website (www.thejamesmacleod.co.uk), as the data is to dangerous for United Kingdom citizen (s) to read, and while we can legally share the data collated by our server (s) published in press across the world, we have no wish, or intent, to place any person perusing this website into any danger at all, and/or any difficulty (s) what so ever.

Our trust is based offshore (The Channel Isle (s))

Our trust is registered in Alderney (Channel Isle offshore), with a small registered account (s) office in Guernsey, it is a small hedge fund, and entirely a licensed charity trust unit, for all contact procedures with our office please use the contact form on this page, please be aware that we cannot respond to all email (s), and we do not wish to hear from fraudulent businesses, or chain mailer (s) in any instance.
Since our group website (s) began, through intranet source (internationally), and internet source (internationally), we have acquired over 298 million hit (s) (circa 2013 onward (s)), as the foundation company has gradually been able to produce more data of accurate accord (through enhanced safety), our group website (s) have become, more, and more meta data flagged, seeing our hit counter (s) reach new low (s), as meta data flag (s) halt search engines from listing this website almost entirely.