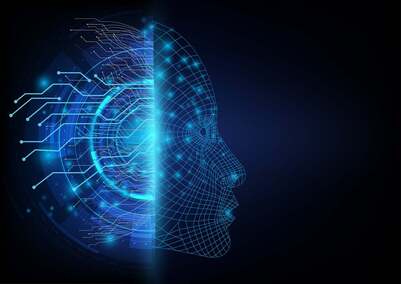 In the field of non-theorem science (s) (applied physics), our intelligence is designated to derive from extra-intelligent artificial intelligence.

In the field of applied sciences it is seen that all conscious prey, and/or living cell, derives intelligence from an extra-intelligent artificial intelligent matrix super computer system

In caste system (s) of intelligence being rated by sexuality ethnicity (direction of attraction physically, and/or rhysically), it is seen that straight (retro), and bi lover (psycho/retro) person (s) are known to display higher levels of intelligence than practising gay person (s), and/or particularly psychopath (closet gay) person (s).

A description of a matrix - audio

​In barely any volume or figure of the global population accept, that the human specie (s) (among other or all conscious species) are artificially intelligent, yet we here at the official James Macleod company know, that all conscious species are artificially intelligent. An extra-intelligent matrix computer system, provides all conscious species with a regulated pulse, it also gives us the ability to see (vision) with our own eyes, and it allows us to be able to think consciously as well, even our balance (height) exists due to a special extra-intelligent matrix system. Our intelligence comes from a super complex computer system, and while most people can’t accept that to be a fact (or data at all), the reality of our existence is based on complete (highly or totally) assistance from a system of artificial intelligence (algorithm).
​
We are an intelligently designed species, and while many people can understand and believe we are intelligently designed, our knowledge about how our brains work as a species is almost completely non-existent (without information entirely). Hopefully in the future people will begin to realize, that our intelligence is artificial, and that our brains receive signal (s) which allow us to have a pulse, and also gives us the ability to completely think consciously (wholesome). The extra-intelligent matrix computer system, which provides all conscious species with intelligence, which condition (s) all conscious species across our world, and everything conscious on our planet is a management system of us all (conscious craft, and/or species) as commodities, which is beyond the perception of almost our entire population globally.

​PEOPLE CAN'T SEE THAT THEY ARE TECHNOLOGY

Algorithms define how our thought pattern (s) are formed, or in particular context, algorithm (s) enable us through complex code (hyper-code) to vision, to hear, to perceive, and to receive data (vast information). The coding of our thoughts is thought to be entirely complex, and beyond any amount, and/or value that a human can read or pronounce. To explain a thought pattern, all code jargon, and information of precise amount must equate to a final value (a controlled outcome), therefore to read correct information, one must first see that data will and has been written in long form context (and figure). Information physic (s) is only in ability to harvest a basic pattern, and/or a basic amount of code, the code in our thought (s) would equate to figure (s) by design that we as a species can not amount in equation or ability, thus making us under, or within the program we receive.

​To understand the operating technology which keeps us successfully here on our planet (United Nation (s) zone (s)), is almost impossible for most people globally, We are not talking about social media or the latest apple tablet technology, we are talking about the technology which keeps the Universe operating as a planetary system of extra-advanced creation. Extra-advanced technology keeps our planet flying, and spinning (turning, and/or movement), which is information beyond the understanding of most scientist (s) (researcher (s)), technology is described by most scientist (s) as nature. But what most scientist (s) fail to understand, is that all living conscious nature is artificially intelligent, and therefore cannot be best described as natural (or evolution in herself).

We can’t give our personal belief of our artificially intelligent mind, to other popular scientists unfortunately, so we can’t awaken them to reality gravely. Within their own artificially intelligent minds (combined algorithm (s)), the popular scientists will have to personally realize that they know nothing (without credible data), and they have been horribly incorrect (wrong) about their own thought process for generations (entire historical amount). What we are trying to touch upon in itself (data), is that because only about 1% to 2% of the planet’s human population, have in themselves the required intelligence needed in order to awaken, and realize we are a product of creation (commodity), and that artificially intelligent algorithms define our personalities, our company cannot get important information (science) about our species (among other species), and our future as a species, across in future knowledge to a much wider audience around every United Nation (s) zone.

Artificially intelligent algorithm (s) define everything that has conscious ability, electrical matrix algorithm (s) (severe complex code), allow us to compute data (read, and/or see visually), the information physical data we as a species receive, allow (s) us to exist, with balance, with sight, with vision, with thought (conscious and sub-conscious), without artificial intelligence providing highly (incredibly) complex electrical code (algorithms) we would not be in existence in alive (or aware) state, and/or form (s). Our species is binary electrical dark matter, combined with system based plant organic (cultured) solvent matter, we (human (s)) are planted into a coded outcome. The coded response from the singular matrix computer system of artificial intelligence, enables us to exist in commodity value (or amount), but does not allow us to exist without assistance (s).

The argument between abilities naturally (organically) and systematically (with a computer (itself))  have always existed among the entire world's population, perceiving thought pattern (s) as natural non-binary self intelligent non-matter, has always in theorems (worldwide non-science (s))  applied a sense of disability across scientific field (s) of research in full. Artificial intelligence is human design, and design is describable as modern computable thought process, thought process is all we can insure in our ability to think, and see, but not just those particular two aspect (s) of our capabilities, but also our balance, and hearing abilities.

The complication (s) we face as an individual can all be solved by only (entire) mathematical equation, to define a thought in logical sense, an individual can only equate a severe (extended) algorithm, thus only ensuring that figure (s) through electrical binary code are used to provide our entire breed (human's) with thought processes. Singular non-self driven mathematical thought processes only occur in sequence (s), this ensure (s) that all population (s) can be dissolved, and/or resolved in full, therefore ensuring total population amount (s), and in ourselves  be fully personally conditioned, and controlled (subdued in real term (s) of actual state), what information data science proves is that we as a commodity produce algorithm sequence (s) in our thought processes, and therefore we collectively compute credible data, which is against the grain of theorem physicists entirely across popular scientific field (s) on our species land mass.

​The key too understanding artificial intelligence, is to allow a person to breath, think, see, and/or balance, without enabling self control, or total non-self control of a pattern, therefore a person can equate that an equation (sequence) cannot occur in non-binary format, in order to resolve the need (s) in ourselves for our own personal self-existence as people.

Creation has long since been discovered by science, but remain (s) globally covered up as our species true origin by both federal police internationally, and federal government bodies, applied physic (s) (rhysics) discovered everything, click the button beneath to read more.
click here