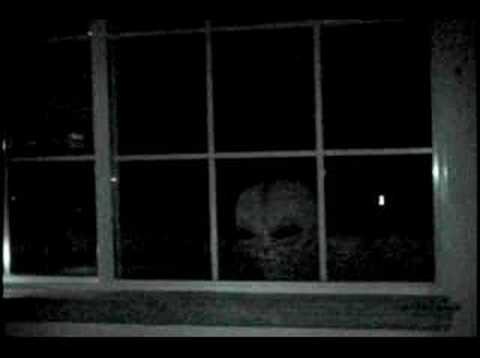 We are a charity that engage in further research within many field (s) of scientific study, aiming in our obligation (s) to further the field (s) of applied physic (s), and incorporated animal psychology (mainly). We have a further 'understanding' of many subject (s), including universal space, particle physic (s), planetary dimension (s), alien existence (s), magnetic flight method (s), weather dimension (s), and many other subject field (s) of fundamental discovery. We specialize within certain core science (s), seeing our organization (s) past sponsor many top academic (s), including many universities from across the world.   ​

​​While most person (s) believe alien (s) do exist in outer space, the century old cover up of visiting alien (s) to earth continue (s) globally, seeing in the UK (United Kingdom) quite literally million (s) of record (s) in public access hall (s) mentioning alien species, and seeing hundred (s) of thousand (s) of non-redacted record (s) proving the existence of visiting aliens of inter-terrestrial origin to earth. The cover up sees any sighting of flying saucer (s) denied as of genuine origin video tape, and/or denied to be anything other than natural anomaly, meaning that any encounter any person has, with any inter-terrestrial alien is completely covered up by every government on earth, and every federal police force on earth. At the James Macleod Company (open enterprise company, registered, Alderney, Channel Isle), we research the existence of alien species of inter-terrestrial origin, and analyze data about planetary system (s), noting controlled pattern (s) in all planetary movement traced.

Alien abduction (s) by record (s) of public access file (s) found across the UK (United Kingdom) are common, with the situation entirely covered up by police force (s), seeing many of those abducted forced to enter treatment procedure (s) by the mental health, with no legal right to object to anti psychotic (s).

Federation of police in the last century by one confessed file found in Dorset (undisclosed record), found that over 1800 person (s) had been sectioned in the West country and Cornwall (England & Cornwall), due to abduction (s) in total, meaning that while record (s) indicate that not all person (s) refused to believe they were hallucinating, that many person (s) ended up according to record (s) by mental health service notes believing they were hallucinating, and this measure taken by police, to deny these person (s) of remaining credible, were necessary, but that also through confession (s) we can see that federation police had attempted to end most abductees lives in the UK totally and completely.
Mental health services record (s) are able to viewed in certain places, and with permission we were able to view St.Anne (s) (Canford Cliff (s) Village) admission notes related to alien visitation (s), and alien abduction a few year (s) ago, found in the hospital itself, which have been de-registered by St.Ann (s), as the patient (s) are known to have died.

In these record (s) the hospital itself, knew and admitted that police were covering the record (s) previously, and that they must be disclosed due to an agreement with the United Nation (s), as a result of this we viewed over 30 different patient (s) record (s) that had died, claiming through their history at St. Anne (s) ward to speak to alien (s), or to engage in physical activity with alien (s) across Dorset.

While St. Ann (s) admission (s) by staff of what they thought was happpening are either brief, or redacted entirely, it seem (s) patient (s) often described hearing sound (s) in their head, which were more intelligent that the capacity of their mind (s). That also that in most cases they had been abducted by alien (s), and that at night from their home, they were often able to talk through their home addresses front door, to these alien (s) which were trying to gain entrance to their property for friendship reason (s), according to what the majority of record (s) said.

One lady who was a young lady when this first happened, thought that alien (s) wanted her sexually, as they often flashed her with their enlarged erect penises, and that she could not believe that federation police covered up the situation entirely. Also found in the record (s) is staff admitting they had personally seen flying saucer (s) since working in the mental health service (s), and that some patient (s) claimed at the hospital that alien (s) often came to the ward entrance (s) to kill varying patient (s).

It is known by access record (s) globally (which is entirely covered up), that many person (s) who hear voices, are actually hearing real life sound (s), which project to other being (s), and/or person (s), in files we located abroad (an undisclosed location), CIA admitted that advanced technology was the cause of perhaps many mental health patient (s) hearing extra-intelligent sound (s), and that they themselves at night would hear patient (s) across the UK (United Kingdom) making weird sound (s), which they perceived were being heard by alien (s).

​Through record (s) we found at a local council in Dorset (undisclosed), we can see that it is thought that an extra-intelligent terrestrial (by description), is breeding alien (s), and is using our species to harvest these alien (s), and that by allowing a mad (as described) person (s) mind to be heard, and encouraging that person to talk in conversation with the computer software which is engaging in converse with the mad person, that the extra-intelligent alien can and does project the sound (s) to other alien (s), which see (s) alien (s) come after the source of the sound in the person, meaning that alien (s) will often with person (s) covered up internally, and internationally as sick person (s) mentally who are heard by attacking alien (s) end up abducted.

It is seen that most person (s) who have been abducted worldwide, by many record (s) internationally are forced into treatment procedures, and it is thought in other record (s) found abroad, that alien (s) attack the sound, by attacking the mental health patient (unsuspecting person), this then see (s) these alien (s) who attack the person killed, by extra-advanced technology, as it appear (s) the extra-intelligent alien look (s) to upset alien (s) of inter-terrestrial origin (s) operation (s) against the human species.
Across the UK (United Kingdom), record (s) indicate in all public access record (s) entire confession (s) that many person (s) are being adducted across the world on a daily record, that alien (s) seem confused about the job, or ability of the person that they are attempting to abduct, and that they regularly assume as alien (s) that these person (s) are highly powerful in force against alien (s).

It seem (s) credible through all record (s) that person (s) talking to alien (s) by public briefing, and/or confession, often experience alien abduction, or regular warning (s) from alien satellites. It is seen that these person (s) in most record (s) are not talking to an alien directly, that most person (s) are engaging in extra-intelligent software, which by it (s) own description is using the abductee to handle security on earth, and that the abductee is usually completely unaware of why his, or her experiences has happened, or continue (s) to happen.

Through all confession (s) we can find, or have found that are not redacted by federal police directly across the UK (United Kingdom), it seem (s) that many abductee (s) are found by police, after alien (s) ask for assistance to kill or section these abductee (s) to federal police, at secret base location (s) such as Yeovilton base in Somerset (England), and Winfrith in Dorset (England). Often federal police refuse to believe alien (s) at all, and usually decide to try and kill the person (s) who have been abducted by alien (s) to settle the dispute between federal police, and alien (s) entirely. However, in all record (s), it is very rare through any attack by police, or alien (s), by using all force, that the abductee (s) die, seeing many patient (s) after such attack (s) sectioned, and told by mental health staff that they are paranoid, and very unwell ​
Mental health record (s) we were invited to read elsewhere (in Scotland), showed that while staff opinion was redacted, that many staff saw flying saucer (s) themselves after treating certain patient (s), and that they were often also force to take mental health medicines, as a result of reporting flying saucer (s) to the military, or federal police.

Many staff in the United Kingdom, through other record (s) we viewed in certain area (s) across the UK (United Kingdom), were known to be after service as a civil servant (care staff), known to be sectioned for claiming they were talking to alien (s). It is thought through confession (s) we found in public access record (s) near Bristol (or in Bristol (undisclosed)), that many patient (s) are not unwell, but are being made to look unwell, by extra-advanced technology, and that it was not technology of human origin.
Downing street historic record (s) from the first great war (a war to end all war (s)), claimed in public access libraries, that thousand (s) of person (s) were abducted during the war itself in London alone by varying species of alien, and that they (the UK government) were not to admit knowledge of these inter-terrestrial alien (s), as they aimed to seek a gain in advanced flight, by exchanging land in future (s) with these alien (s), therefore ensuring they had advanced method of flight to attack foreigner (s) abroad.

​All record (s) we have viewed nationally within the UK state that alien abduction is clearly happening, and very frightening to person (s) who are attacked, the saddening story about alien abduction (s) is that these person (s) are always isolated by all authorities globally, and that due to the cover up involved, regularly made to look mentally insane.

Brief description (s) of alien (s) found through public access files in non-redacted format, seeing that there is clear evidence that alien (s) have visited earth for over one thousand year (s), click the button beneath to read more.
CLICK HERE

According to record (s) found in the UK (United Kingdom), federal police have been long since aware of alien bases found across the shore lines of the United Kingdom, signaling across Britain alien bases exist throughout the world, click the button beneath to read more.
CLICK HERE

Various other species of alien (s)

"Our aim is to bring the unbelievable fact (s) about our existence, into believable realm (s) of our documented earth bound history”