​Alien bases are known by public access record (s) in the UK (United Kingdom), to exist throughout the world, mainly beneath ocean bed (s), and also often upon large loch (s), and/or lakes (sea lakes). Alien bases are where operation (s) against the human species are planned, prevented, and orchestrated. Through record (s) we viewed across the whole of the UK (United Kingdom), we found that hundred (s) of large under ocean bases are known to exist around the UK alone, with even loch (s) in Scotland, and lake (s) in the district of lakes (Cumbria, UK (mainly)) having located alien bases of alien (s) from foreign solar system descent having built the bases, and being located within the bases.

Through information we have viewed, we have seen frequent redacted files on this sore subject through the age (s), meaning that we cannot use this particular paperwork in proving anything, due to holes in the wording through masking tape we found, too red ink spread across the piece (s) of historic paper sighted. ​
Knowledge about alien bases of inter-terrestrial alien (s) is hidden in many files we viewed, showing many word (s) redacted throughout all paperwork, the entire situation see (s) through all paperwork we viewed that leader (s) globally have had knowledge of alien (s) for centuries. More interesting about the entire situation with alien bases, is that alien (s) of inter-terrestrial bases frequently try and attack, and acquire other alien bases, and that the United Kingdom has many bases across it (s) shores. All under ocean entrance bases, are entered through sea locking system (s), which with canvasses, screen (s), and plastic, open upward (s), or sideways, for flying saucer (s) to enter into locking dock gates.

Flying saucer (s) typically built by alien (s) of inter-terrestrial origin, are able to submerge, and of course fly, propulsion system (s) allow pressure to change through water plaining, meaning that flying saucer (s) which travel into alien origin bases, can enter bases through ocean floor (s). Most alien bases we viewed through paperwork within the United Kingdom, are only able to be entered by there ocean entrances, but on occasion, bases have a sole land locked entrance for need of sudden escape, seeing Portland island in Dorset alien base, have both a sea locked entrance, and a heavily guarded entrance upon a quarry, which through a brief tunnel open (s) up into the main gates of the base situated under Portland island (Dorset, in England). 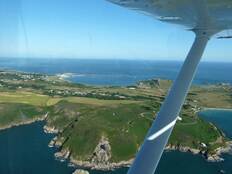 In the last 10 year (s) many record (s) have surfaced in Alderney (Channel Isle (s)) about alien (s) of unknown origin on a particular beach on Alderney's North East (western part of north east coast), these alien (s) were always described as ten different ethnics origin (s) in total. The species was always known by record as the greyling (s) from A Centauri a (Alpha), these alien (s) had a base located with a sea entrance underneath Alderney isle until recently, the base was entered by the sea bed, with plastic sheeting board (s) which opened on the sea floor into a mass locking system for saucers (sub merged and flying saucer (s)) to enter. The base is still known to exist, and has been known by record to exist for over one hundred year (s), and it as a base has been known to be used by many species, as graudally invading species intend to take the base, and thereafter hold the base (due to size) for their own operation (s). 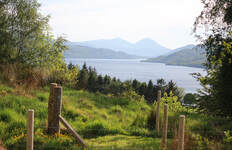 ​In record (s) Loch Tay is often used in varying public access file (s) as a sizeable alien base, the files indicate that at Loch Tay sea dragon (s) breed upon the loch (s) and alien (s) roam at night against local civilian (s), this indicate (s) a species which seem (s) to be barely by all record (s) no longer present on Earth. About 200 year (s) ago all record (s) on the Zeta breed alien (s) dry up, as Scotland itself (and the whole of the UK) forgot about the Zeta alien (s), and moved toward (s) as federal police doing deal (s) with either, Mayan (s), or mainly Greyling alien (s).

The base at Loch Tay is reported to have been entered through an under ocean loch gate, which draw (s) in light on the Loch at night, visible from the hill (s) surrounding Loch Tay clearly when lit for guidance light (s) for flying saucer (s) (highlighted as saucer ship (s) in naming of alien space travel, and/or flight). The screen (s) placed upon the entrance, which are known to move, to allow saucer (s) to enter securely are described as clearly visible to change in surface lighting (highlighting they are able to display images on the under ocean LED screen (s) to disguise the base entrance), the base when entered according to a Glasgow council of the early 1600 (s), contain (s) dock (s) for flying saucer (s) (translated into modern context from Gaelic and one other language), and while little was written in translatable text about the housing, it was known by alien admittance several times to contain over 30,000 alien (s) at most.

​The base was sometimes by record known to have grief from sea dragon (s), as alien (s) complained that sea dragon (s) would come to the Loch to breed, and that they would aggressively attack the shield (s) that approached the entrance, costing alien (s) (Zeta alien (s)) to need to fix the screen (s), and/or shield (s) and loose life to these creatures. Sea dragon (s) are proven through all record (s) as the most covered up species in Scottish media since media began on Earth, and are known as the infamous, or at least in many part (s) of the world, the famous Lochness monster (s), often seen prodding over hill (s) and mountain (s) in Wales, Northern England, and Scotland for centuries, as they go to land to breed across Scotland mainly. 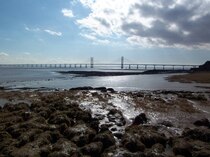 The Welsh channel base
​​
The Severn Estuary base was known to house Mayan alien (s) until 40 year (s) ago (until 1980 (s) roughly), record (s) about this base are frequently redacted, making writing accurate report (s) about this base completely difficult, however Mayan alien (s) of inter-terrestrial descent were known to have a huge locking system, which plumed water away from it (s) base entrance, sometimes causing a boring sound (defined as a bang by local (s)). The base was near the tip of the Severn estuary, on the Welsh side of the river bore area, while the estuary is only making sound (s) on occasion, to disguise the amount of water being plumed away from the base entrance, alien (s) (Mayan (s)) would cause artificial sound (s) of the traditional boring sound heard normally, to allow human (s) not to understand that their base was almost at low sea level (s) visible, and that the pluming water was just part of nature.

The trick used to convince everybody locally, reported Monmouth district council, that it was just part of entirely nature, and so alien (s) (Mayan (s)) would even make these sound (s) more often, so that no person would understand once local (s) discovered their base, that they were anything more than delusional folk living locally. 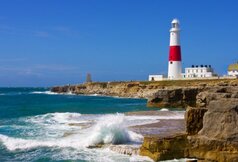 On Portland in Dorset (UK), many local (s) are known to report seeing flying saucer (s) enter the water, which is often seen local (s) told that they did not see what they saw, and on occasion sectioned, or killed. It is known by Dorset council files (public access record (s)), that alien (s) of Nordic descent recently used a base near Portland (up until at least 2010 (s)), which had two major entrance (s), one in the Portland port area itself, with confession (s) non-redacted that the police navy at Portland filled in the hole, and another near Portland point (near the coast line from Portland Bill). The alien (s) would at times be able to walk on Portland at night, as according to record (s) there were tunnel (s) which had one sole entrance found, which was always guarded at day light.

The base was often described in record (s) found in Poole council (s) record (s) as huge, but also that the alien (s) of inter-terrestrial descent (Nordic (s)), had done a deal with Winfrith operation (s) (federal police for UK and commonwealth operation (s)), meaning that they were not at all threatening, and were believed to be assisting the UK (United Kingdom) in expanding soil (s), and dominance. 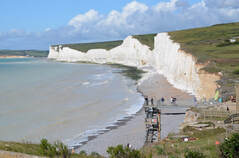 In record (s) Birling point contained an under ocean entrance to a huge base, that stretched inland to approximately Arlington reservoir in East Sussex (near Hailsham), record (s) indicated in Eastbourne, and Brighton and Hove council (s), that grey alien (s) of inter-terrestrial origin, used this base up until the end of last century. That these grey alien (s) used to cause issue (s) locally, by refusing not to disturb local (s) at night, as they tried to kill innocent person (s) across Sussex, in order to be able to use their properties with permission of Wealdon and district council (mainly).

This saw many person (s) often find person (s) by their own belief known on people (s) home (s), and that many sighting (s) at around the same time of alien (s) had been reported to police and local press. Many patient (s) in mental health services at Hellingly (Sussex) House hospital had made these report (s), and had since been sectioned for their basis of knowledge against Sussex police. ​
With alien bases, alien (s) are often by record (s) seen to be using the bases as a home, through confession (s) found across the UK in public access files, we can clearly see these record (s) prove advance knowledge of alien (s) globally by local district officer (s), and of course by police who have often submitted these record (s).

Alien (s) in many instance (s) seem to loose control of their bases, and while they seem to loose control, to other attacking alien species from other world (s), it clearly show (s) through record (s) they also loose control of their bases frequently to other alien (s) from their world, who have different alliances to their own strategy. This clearly show (s) through formal and official police knowledge, that these alien (s) are working for sinister reason across the UK (United Kingdom), and that they intend on expanding soil (s) across our vast world.