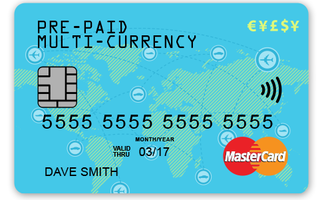 Corporation (s) have for years internally been involved with banking fraud, whereby vast sum (s) of bankable cash, is laundered through the corporation business, as various issue (s) are faked, in order to rip off insurance policies held by almost all corporation (s) globally, with the insurance companies on their book (s), and usually being part, or in full directed by federal, or national police force (s) with the price of commission (s).

Supermarket (s) will claim that one, or several supermarket (s) under their control burnt down, and needed urgent, or severe repair work (s), in reality this would have never have happened ever, but with insurance firm (s) receiving fake payment (s) of fake cash​ from bank (s) to underwrite the pretend fake fire, the super market chain can continue to float on some of the world (s) largest asset stock exchanges.

In these types of insurance firm theft (s) by corporate (s) on many different scales of business size, police will often take huge commission (s) to allow the money to be successfully laundered. They will also allow businesses assistance in coming after enemies of the corporate syndicate chain (s), by framing employee (s) of other corporates, or killing by war crime attempt opponents. Through record (s) police are highly successful at making these kill (s), seeing thousand (s) of person (s) in the United Kingdom killed this way in a severely organized manner every week.

Corporate banking system (s), allow many, and almost all bank (s) globally, a way of earning extra money, which creates an entirely false economy, whereby money is not worth nationally, or internationally what it (s) printed at in currency retail index value. Ripping off national currencies has been done before through record (s) the ancient era (s) of the 1200 (s), as even in historical data, we can see that money laundry has always been the main way in which severe organized criminals, and terrorist (s) have operated throughout the entire world.

Due to corporate insurance scam (s), food in the United Kingdom, and almost across the entire world is cheaper than it would normally be by considerable amount (s), as corporations forget making profit (s) from food industries, and look to make big gain (s) in terrorism account (s) in hold (s), or humongous laundry services it can provide to federal, or national police forces.

Corporation (s) for year (s) have ripped off customer (s) through introducing customer membership card (s), these fraudulent scam (s) have been highly successful in Tesco, and many other supermarket (s) across the UK (United Kingdom), including pharmacy companies, and petrol (oil) companies.

Customer (s) would find product (s) that membership members have purchased are underwritten, and so a customer would walk home with his, or her product (s) and live happily ever after, meanwhile a fake false customer complaint is lodged into the corporation system (s), saying the customer died from using the product, and has claimed against the corporation in family member line, the corporation would with this fake lodged complaint, claim expenses, and make huge underwritten insurance claim (s), meaning that from a product they sold for £10, that they had underwritten in liability of the product for £13,000,000, and they then pretend with police assistance, and severely organized accountant (s) to make it look like the customer has really died from using the claimant (s) product (s), making corporation (s) vast sum (s) of money in illegal claim (s).

Many charities, are not carrying out research at all (Medical journal application Harvard University), as data about how to treat the heart medically through surgery, and health supplement (s), are long since known (Oxford University medical journal since the 17th century until present date), and cancer research charities know of the cure (s) of cancer, however, are unable due to internal health service cover up (s) internationally, and internally within the UK (United Kingdom) to broadcast the solution (s).

Charities in the UK (United Kingdom) act more like corporates, and almost all large charities, fail under trust enterprise law, to practice as charities at all, seeing most businesses advertised as charities fail to meet their trust protocol as practiced charities entirely (confessed with confession (s) by Downing street, and Whitehall in 2021 (and in 2020 several times)).

While revenues are small in profits, in comparison to police operation schemes of fraudulent usage of corporates, of ticketing scam (s) by federal police (including insurance underwriting scam (s)), these revenue (s) actually help add to government revenues, meaning that police find it far harder to control the entire UK (The United Kingdom) State, as with every nation, federal police regularly plot to kill, and under mine (control) their national government (s) globally, often seeing when police state (s) occur entirely, that war is always on the horizon.

The biggest threat to international security, is always when, or once a nation fall (s) into a police state by official declaration, frequently seeing when government member (s) reject police bribes, that federal police successfully manage to shame politician (s) in media press, and thereafter injure them (politician (s)) severely, and quite commonly kill them silently in hospital (s), while broadcasting natural reason (s) for their (politicians) loss of life.

In 2020 (by public confession from Whitehall to the United Nation (s)), Federal police UK (Dorset federal police), moved in on Downing street, admitting that they were turning the UK (United Kingdom) into a police state officially to the United Nation (s), almost killing Boris Johnson, as Downing street staff challenged police, and politician (s) had various attempt (s) made on them in a matter of moment (s) across London, also in the South West of England, and in Edinburgh in Scotland.

​Thankfully in this attempt (the third recorded in the first four month (s) of COVID status internationally), all politician (s) managed to stand ground with federal terrorist police, who are stated internationally to be the nastiest men in the world (record (s) found at the United Nation (s) press office, went viral in Iranian state Television, with Dorset police (fed (s)) admitting they were proud to be the nastiest person (s) by survey record in the entire world), with Dorset federal police admitting that their humanitarian record was the worst record in the entire United Nation (s) history was accurate reported data. ​