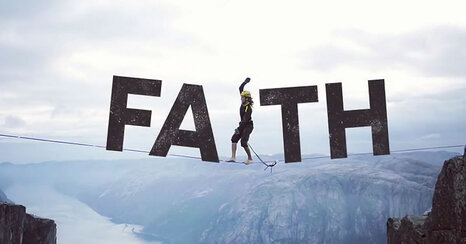 Most religious group (s) are known internationally as vigilante (s)

It is seen that most vigil group (s) publicly claiming to be vigil group (s), are registered internationally under United Nation sanction code arrest, seeing most organisation (s) worldwide established as anti-faith (anti-love), and vigilante in behaviour code.

Faith based practises, are designed to be love based practises, as to define the word faith, love has the main role to play in the description of the word entirely of 'faith', seeing any religion seem backward, or antiequality as a faith be known as a vigilante group, and often established properties of 'psychopaths' (closet psycho person (s)).

Whether you have same and/or opposite sex attraction, love is about practising purity, and can only be practised with people who are honest, and integral, seeing in modern times, most relationship (s) fail due to sexuality issue (s) globally.

Faith is known to mean, having an idea of security in life itself, or in a cycle of processes that may occur in the future to one (s) own life, faith and prayer go hand in hand, as by thought processes, a person can direct their life into a better field of destination, or a better welfare of happiness in location.

Life is thought to explain everything, in many person (s) mind (s), the meaning of life varies from person to person, as most deny happiness to other (s), as we as a species co-exist on a planet together as one, but partially, or totally divided as a whole. Life is simple, you eat food, you drink fluid, you breathe well, you spend some downtime sleeping and you are where you need to be for the next phase of your life (enjoyment). Many person (s) find getting the second stage of their life correct entirely complex, which is a subject usually divided by the feeling of love.

Many choose not to practice relationship (s) of love, for example many gay person (s) live a psychopath lifestyle, running away from who they are as a gay person (closet gay person (s)) and practicing a relationship of convenience with the opposite sex, and deny themselves the right to love. This is seen as a programmed outcome by artificial intelligence (complex algorithm), which encourages breeding program (s) to be more successful, as they themselves engage in sexual intercourse, and raise children (who are normally indigenous), which increases the value of a human species in commodity value, by example the faith psychopath (s) believe in, is without love, and they have a difference in opinion to how they themselves define their prayer (s), and their faithful processes, when compared to person (s) who are gay and practicing same sex relationship (s), and those that are bi-lover (s) and straight who practice relationships with love.

​Simple mathematic equation (s) can be applied, to the amount of person (s) who practice same sex relationship (s) entirely, when in comparison to those who choose relationship (s) of convenience in both set (s) of physical criminal behavior, and physical severe serious law breaking criminal behavior.  It is shown through all survey (s) that psycho person (s) who are out of the closet, and happy with themselves do not behave at all as illegally as psychopath (s) (closet gay person (s)) at all.

It is also shown through sexes of straight person (s) (mainly), and through sexes of bi-lover (s), that when they practice love, their behavior once they have experienced and practiced love, is entirely better, and more legal (less illicit), than when they are without love eternally (thereafter). This show (s) that practicing relationship (s) which are genuine, due to genuine feeling (s) between sexual partner (s) of love, increase the genuine attitude of greatness in each individual character.  ​
Faith & Love
Having faith in oneself, is only seen as successful by all record (s), once a person has accomplished love, which for straight, and bi-loving person (s) is very easy to face with the opposite sex, seeing straight and bi loving person (s) usually behave entirely more legally, but traditionally for gay person (s) love has proven very complex, choosing bulk amount (context) to remain no matter what in the closet for life (an ill destiny), living as psychopath (s) with a split personality publicly.

It is seen by religious vigilante (s) that church is a way forward for gay person (s) who are in the closet across the entire world, they begin mission (s) to try and address their psychopath tendencies, this usually lead (s) to group sex (through record (s)), however, it rarely achieves gay person (s) entering same sex relationship (s) at all. Through all evidence presented over just the last thirty year (s) about vigilante group (s) in international press, they continue as vigilante (s) to find it common practice to try and end the entire human species, by racial, and fascist value (s).

Vigilante (s) (anti-Christ style practice (s)) through their own confession (s) (international press and verified), do not believe in creation at all normally, or in total volume whatsoever, they also live without any faith in goodness, by the faithful definition of itself as a word in context. Faith is defined as only achievable by all record (s) by someone who has experienced love fully, as a person without love has no faith in society, or life itself at all.

Prayer (Faithful thought)
Prayer, is not what it seem (s) to vigil & vigilante group (s) at all, communal prayer has always been seen as a way of toasting to an idea, or asking for more time for one (s) own individual sin (s) to be forgiven.

The practice of widespread prayer by vigilante (s), has always seen most person (s) not address their psychopath severe serious law break (s) at all, and beyond this as psychopath (s) it has not seen themselves stop their belief (s) that mass severe serious law breaking code (s) need (s) to be addressed, seeing many million (s) of vigilante (s) go missing every year throughout our history as a species (public access record (s) in the UK), and most that remain on earth as person (s) not reach the point of practicing a same sex relationship (love (Faith)), therefore not improving their practices of legal behavior at all in themselves whatsoever.

Without love, it is seen by law for centuries that a person cannot practice faith correctly, it is seen without logical prayer, a person cannot define a path that is legitimate at all. You can pray worldwide without kneeling, you can pray anywhere without addressing a god, or a deity, and/or a goddess, you do not need to do anything but to look for resolution in prayer.

Prayer is a method of approach to a value that you, yourself non-truly equate, that is causing other (s) issue (s), and therefore in retaliation causing you issue (s) in yourself, and all to often sexuality, or relationship (s) bring solution from your thought (s), which through prayer any person can address, which allow (s) prayer to be a certain method of understanding of improving oneself.

​For psycho (gay) person (s) it is seen through prayer, that person (s) who are on an alternative sexual route (psychopath (s)) to their own feeling (s) as a man, or a woman, can address a method of approach to begin to approach their feeling (s) of being hurt, or approach their embarrassment about who they are. It is also seen that with straight person (s) they can look to compete for attention more, through the power of prayer with, or about the opposite sexes, therefore ensuring they can improve the quality of their life (s). ​