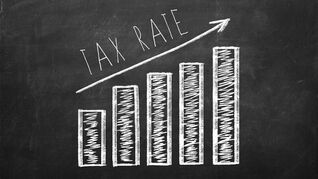 ​The global fiscal studies show vast sum (s) of illegal laundry done across the world, vast amount (s) of money are raised by federal police scam (s), which are severely organized, and involve terrorism activity. In any account, much of the raised fund (s) by tax system (s) globally, barely cover sector staff salaries across the world at all, this ensures that in order to meet quota (s), police armies are ordered to kill innocent person (s) (war), and also to work illegally, by trading in illegal businesses as terrorist (s).

Police across the world control their own nation (s) entirely (with their government always on the police book (s)), with which ever province the national bank is located within, having the chief federal police force service for that particular nation in that banking area totally usually in control of the nation. Some nation (s) while listed as one nation, are hugely divided by several federal police forces, as a result of owning several national bank (s), seeing internal war (s) mean that many of the terrorist forces are killed, and or severely injured by one another (s) national federation of police force (s).

Federal laundry services are truly always in epidemic status, however, while these terrorist regimes are completely hidden from public eye, they raise huge amount (s) of taxable amount (s), as frequently pay is taxed through inland revenue services, and the extra amount (s) of pay are spent in businesses across it (s) own nation. The saddening story behind these terrorist regimes is that they themselves intend to end life on mass, and cause truly global international relation issues across the whole world.

With federal police forces being highly involved in international terrorisms in the entire world, it see (s) many war (s) happen across the world, as operation (s) engage in attacking person (s) in mass volumes. The shocking story behind all war (s), is that often participating nation (s) care not if every nation they fight entirely die (s) at all, and that they have little reason to fight, and frequent racial motive, and frequent fascist motive of those attacking makes up the entire reason for the total war.

​However, these industries of war cost money, and vast sum (s) are paid into defense structures, the defense industry see (s) global nation (s) purchase very expensive equipment, and arm (s) deal (s) are carried out on epic level (s), much of the money goes through banking system (s), and payment (s) are frequently made in laundered amount (s). This creates a lot of job (s) globally, as factories make equipment (illegal equipment), and staff find themselves offered additional work by federal police operation (s) to work in their local region for secrecy reason (s) involving terror.

While war cost (s) money, nation (s) look to assist in securing trade deal (s) through policies of promising to either back a rival federal police force, or to surrender it (s) gain to a federal police force abroad which remain (s) in power, this does not earn much money for the surrendering nation, however, it does mean, that nation (s) attacking can achieve free trade deal (s), and even be paid below cost prices on deal (s) purchased by corporate firm run businesses.

Many product (s) are made all over the world, many product (s) are also shipped all over the world, in many industries nation (s) such as Thai owned asset link (s) are directly involved with both farming processes, and the manufacturing processes, meaning that huge vast sum (s) are earnt through international trade deal (s), combined with huge fiscal laundry services of serious organized terrorism, this mean (s) that the global economy benefit (s) from these global deal (s) of trade, as money is exchanged in vast sum (s) around the entire world.

The global money market (s) are always encouraged by international deal (s), as most nation (s) look to trade out of their own nation, and increase revenue (s) from owning a larger work force, however, in many Western (as defined as white and of other ethnic motive, and/or origin) nation (s) welfare payment (s) see nation (s) have a declining work force volume, this see (s) extra staff required to manage the services of the unemployed workforces, and also see (s) less product activity, and a far lower standard of family welfare standard (s).

Europe and the United Kingdom (UK), have some of the worst family welfare standard (s) in the world, seeing the product (s) made in these region (s), be when manufactured entirely within Europe, or the UK (United Kingdom), rated as the worst built product (s) in the entire world, with really only America in unison of building these product (s) as terribly. However, while the workforce in Europe, and the UK (United Kingdom) is very small, vast sum (s) of money exist in Europe in property, which is frequently seen as a key economic factor in the success of Europe (mainly), and the UK.

Product (s) from all over the world, are made in huge industrial zones, and sold across the entire world, which ensures that the global economy can in one way, or another work in unison of the idea of fiscal need. Fiscally in the UK (United Kingdom), person (s) beneath an income of £90,000 per year, do not in any shape or form usually pay for themselves, in what they cost the tax payer, this is also seen across Europe who have similar tax band (s) of profit and losses. While figures broadcast by the European Union, Europe, and the UK state that this figure is lower, federation police admitted that they covered this data, due to their terrorism regimes need to remain a secret, and that the actual cost to UK, and Europe state is far higher.

Globally many nation (s) look to have their entire person (s) in a workforce, and quite a few look to roll out welfare continuously, success is yielded in both system (s), however, as time has gone by, more and more nation (s) are now looking to introduce better welfare payment (s), which will see nation (s) in Europe and the United Kingdom no longer able to hand out so many payment (s) of cash without that person working.

India in 2001, introduced welfare payment (s), and while China had long since handed out welfare, in 2009, and 2010, it increased welfare across it (s) state hugely, meaning that the price of Indian and Chinese product (s) continue (s) to grow vastly. Thailand has began across the Thai State of ASEAN to roll out benefit (s), with some of it (s) (her (s) or his) nation (s) increasing welfare payment (s) hugely, and African nation (s) while long since in many instances giving hand out (s) have began to consider handing out welfare payment (s) to person (s) who are unwell, or unemployable.

In South America, many nation (s) do provide a huge growing public sector work force, however, they are now looking for the last fourteen year (s) to hand out voucher (s), which will see national citizen (s) able to purchase food (s), drink (s), and item (s) for their home (s) (such as cooking utensil (s)). With nation (s) changing their attitude to money, many person (s) being taxed will find huge increases in their annual tax bill (s), and person (s) who are not working at all given a free life for little, or no reason at all.

With many nation (s) already having huge wealthy welfare system (s), whereby person (s) benefiting from cash payments (like the United Kingdom) often earning more for not working, than even person (s) working full time in management, Europe, and the UK (United Kingdom) will need to encourage it (s) citizen (s) to return to work entirely, as without the UK (United Kingdom) person (s) at work, it as a nation will suffer greatly.
Tax system (s) encourage an idea, that by a citizen working, that they can have money taken from their pay, and in part return the right to a free set, or collection of services. In welfare nation (s), taxes are incredibly high, and working is frequently discouraged by the welfare system (s), meaning that person (s) can make more money by not working at all, as this qualifies citizen (s) not to work at all.

In low-welfare nation (s), or without welfare system (s), the nation (s) are almost a tax haven, whereby employment levels are incredibly high, and family issues are far fewer, with India seeing a sharp rise in unemployment since introducing working welfare payment (s). With low tax kingdom (s), and/or nation (s) person (s) receiving welfare, are often thought to be sick, and unable to work, however, in high taxes kingdom (s), and/or nation (s) person (s) receiving welfare are mainly seen to be incredibly well, and often able to fully work. The motives behind providing welfare in European nation (s) are clear, and hidden from public eye, as many person (s) killed by hospital (s) regain consciousness after being pronounced dead, and end up being held hostage by hospital (s), and once released given welfare, and told they can never work again, or return back to their family at all.

Welfare payment (s) create huge tax issue (s) for government (s) worldwide, especially government (s) who have much higher percentages of workforces, as money is stolen out of their economies through fraudulent laundry system (s), and therefore missing from their citizen (s), and sector work forces. Police in the UK (United Kingdom) are frequently caught red-handed, trying to get foreign bank (s) to print money into Europe, and the UK (United Kingdom), meaning that by these amount (s) being paid into the UK, and Europe, that money can be exchanged, and further laundered.