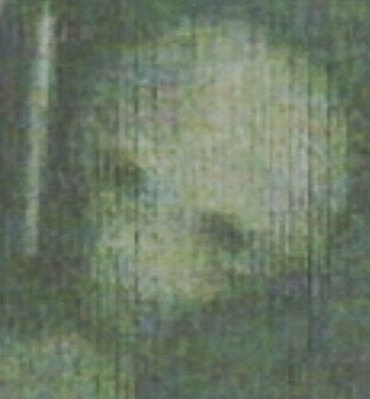 ​
This is a very clear image of a Greyling male inter-terrestrial alien (by official federal police record release), they may not seem very pretty, but they actually in day light do through all record (s) have within their facial structure some attractive qualities. The person who photographed this inter-terrestrial alien, has been in person (Stan Romanek) incredibly frightened by these visitation (s), calling the experience mind numbing, and hugely destroying on his soul. Federal Police Bureau in California released data about his visitations, stating that it was in this case a clear picture of A Centuari A alien.

The description upon sight of inter-terrestrial alien (s) from Alpha-Centauri was almost identical to human people. The differences are notable, meaning that you can tell that you are dealing with a species off our world when being visited by this species. In essence this species from Alpha-Centauri only has minor visible differences in appearance from our own species of humans.
​
From counting fingers and thumbs on these particular aliens of inter-terrestrial origin, they have two hands with very similar fingers and thumbs, and they have the exact number of digits per hand. Their feet are slightly smaller in general and partly flatter, however the number of toes in description is identical, although slightly stubbier.

In height humans are slightly taller overall across our world on average, than all inter-terrestrial aliens measured (surveys across the world) from Alpha-Centauri, however they were all similar in shape and height, skin tones throughout the breeds of species from presumably different regions of their own world, showed different skin tones to our own species with slightly darker tones of skin on average, and in one case far whiter (albino) tones.

The alien species is shown through record (s), for at least the last 500 year (s), with traces of data found in access record (s), from within the south west of England, showing they attempted many times to secure deal (s) with historic era (s) of federal police (Dorset, and in era (s) Wessex kingdom), hoping to gain with agreement soil for their own management (s).

The Greyling (s) were known by record (s) found in the South East of England (Brighton and Hove access record (s), United Kingdom), to try and open up Birling Gap alien base (Sussex, England), to increase it (s) holding (storage) capacity, so that they could house (store) attack equipment, to try and attempt to take over vast area (s) of land by themselves within the entire globe, with Sussex police eventually striking a deal in the early 1900 (s), attempting as police to gain advanced technology, to expand their management region (s) as federal police, who have historically always owned vast asset (s).

Record (s) show that Sussex police (based in and around Eastbourne & Brighton, in Sussex), managed to gain advanced knowledge about flying equipment, and that the equipment was secretly made (manufactured) abroad (In Africa), with many other nation (s) also ordering pieces of advanced flying equipment, known to be faster than any plane (air flight equipment), known to mankind in the entire record (public access files near Crawley show that saucer (s) were being tested at their aerodrome).

Through record (s), it is clear that this alien species, has come to abrupt ending (s), with vast diseases caught by many individual alien (s) of inter-terrestrial origin, seeing at times of their histories on Earth, within bases, that they have been vastly taken out by viruses on mass. The entire species is known to be incredibly aggressive in nature to most human (s) (Sussex police record (s) in the 1920 (s)), often acting incredibly violent when working alongside federal police operation (s), and attempting to kill illegal human staff worker (s) who are human at bases of secrecy within the United Kingdom (access record (s) in Dorset showed that frequently staff were killed by this species). ​