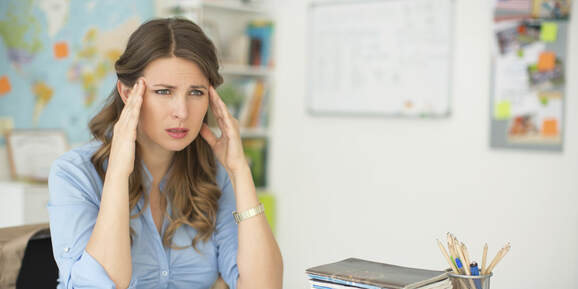 To be sectioned under the mental health act, or by the mental health act legally in the entire United Nation zone (Every member state of the United Nation (s)), court magistrates must warrant your section, meaning that without a court judge giving written consent, you are unable to be legally detained at all. Most nation (s) still adhere to this legal procedure, seeing nation (s) such as Thailand, America, and the United Kingdom fare the worst at lawfully sectioning person (s) under the mental health act. Commonly due to cover-up (s), many mental health team (s) abandoned the process of law, due to cover-up (s), whereby they had committed war crime against patient (s), and also in other instances due to international cover-up (s) of detained person (s) who were caught up in HQ (police after-life operation (s)) hostage situation (s) (afterlife procedures internationally).
Psycho means in medical term (s) gay person and/or gay person (s), psychopath, means alternative sexual and psychical route for gay person (i.e. gay person in the known closet). Psychosis is only suffered by psycho (gay) person (s), it cannot be suffered by someone who is straight to the opposite sexes only, someone who is straight is known as retro (straight by medical definition), anti psycho biotics (anti-psychotics), are anti-gay person (s) behavior medicine (s). Straight people can only suffer from retroitis, which is seen by medical knowledge as a straight person (s) mental health illness, however it is not section-able in the United Kingdom (or worldwide), as behavior of straight person (s), when mentally unwell is not known to  be dangerous in any form.

​Through all cases of behavior witnessed by psycho, and psycho/retro person (s), when unwell from illnesses including schizophrenia, bi-polar, and/or manic depression (including dissociative disorder (s) of atomic mental health illness through addiction to substance misuse), can, and should sometimes be forced to consume anti-psychotic tablet (s) (instead of mental health medication), however with psycho-retro patient (s) it is entirely advised to use normal non-psychiatric mental health medicines by force. For psycho patient (s) use of compulsory injection (s) of sterile drug (s) to prevent the unwell patient from causing severe (atomic) harm to other (s), or to himself, and/or to herself is advised.

Through all cases of law code break (s) by psychotic (gay person who is unwell) person (s), it is seen that they in themselves commit severe serious law break (s) very commonly when unwell, which causes when untreated great harm to innocent person (s) across the world on many occasion (s). Through every individual national mental health act throughout the world, this humanitarian law is applied in physical law in and upon every nation, every nation in the world has no right to not to abide to law under United Nation international law code on the UN (United Nation (s)) mental health act worldwide.

Retro (straight in sexuality) person (s) suffering from certain mental health disorder (s) (including schizophrenia) can only volunteer to take medicines from the mental health services worldwide by law code (complete). If a retro person is being forced to take medicine with out serious law conviction by attended court and formal arrest by police throughout the world, the mental health services in that, and/or this instance are committing a humanitarian crime. All retro patient (s) who have not been arrested, charged, and convicted of serious law code, cannot no matter whatsoever be sectioned by the mental health act for refusing treatment. ​
​​There are a lot of gay (psycho) people in this world, many more than anyone can imagine, it is not the in thing to be seen as gay (psycho), so most gay males and gay females, runaway from who they are and develop split personalities (psychopaths), these splits in their personal personalities pretend they are straight, when deep inside these men and women are anything but straight people (acting out of context to straight in sexuality person (s)).

These people are known to the world as psychopaths, and must be treated cautiously, as when angered they become increasingly obsessed with evil thought and non-humane prey on constant occasion, and may mean harm without obvious reason. It is seen as a sexual health issue being a psychopath, as person (s) who are psycho are unable on most occasion (s) to face their own personal phobia (s) of feeling (s) to the same sex.

Psychopath (s) are known to fear in themselves to practice being themselves publicly, meaning they avoid love at all cost, frequently practicing relationship (s) of convenience with the opposite sex without any feeling of love at all to their opposite sex partner (s), in which when psychopath (s) become less afraid of their same sex phobia (s) (by law code), improvements in their legal behavior are seen thoroughly, as well as when psycho (gay without inner closet phobia (s) (i.e.. out of the closet)) males/and/or females practice same sex relationships vast improvement (s) in the gay male, or gay female (s) legal behavior are entirely witnessed.

Anti gay (psycho) biotic (s) are legally able to be subscribed with pharma-toxicology when the psychopathic behavior within the convicted person (s) has not responded, and as well once the convicted person is arrested for severe serious law break (s) including, but not limited to, murder, genocide, war crime, active pedophilia & violent raping

If you are truly only with entirely opposite sex feeling (s) (retro by medical definition), and unable to find feeling (s) in the same sex, then when suffering from all mental health condition (s) you are considered non-able to be forced on any sort of medicine, as you are known by medical law not to be dangerous at all when suffering from retroitis condition (s) (official United Nation mental health psychiatry manual, including official Oxford University medical psychiatry journal for UK (United Kingdom) mental health services). 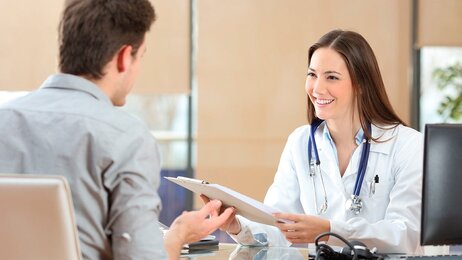 Retro (Straight person with opposite sex feeling (s), and attraction only)

Psycho-retro (person with gay feeling (s), who also has opposite sex feeling (s))

Psycho (gay person who barely has any attraction, or feeling (s) to the opposite sex)

Psycho-retroitis (suffered by bi-lover (s) only, it is a bi-loving person (s) and it is their state of mentally unwell mind)

​Noncephile (gay person who practices sex with children as young as 9 year (s) old, normally a psychopath, instead of psycho (gay only))

Insane (a gay person that is psychotic)

inane (a straight person, with opposite sex feeling (s) only who is retrotic)

psychiatry (a non-convicted person of severe serious who is unwell in mental state, and gay patient only, able long term to consume non-psychiatric drug (s) only)

Retriatry (an unwell in mental state straight person who is non-convicted of severe serious law, unable to be forced to consume mental health medicines)
Retroitis is non-sectionable in the entire world, unless convicted of attended court, and sentenced for serious crime, or severe serious crime, other law (s) apply with other sexuality of person (s), but psycho-retroitis patient (s) have by law far more protection, unless convicted, and sentenced by court for serious crime, or severe serious crime.
Frequently around the world (reported internationally), human right (s) are ignored by mental health prison staff, who illegally section patient (s) without legal recourse to do so, staff are almost throughout in every nation always psychopath (homo-phobic, and Saipan phobic), or psycho staff (gay practicing same sex relation (s)), seeing most staff due to their sexual health disorder (s) (psychopath by choice), commit severe violence against most patient (s) worldwide.

Psychiatric medicines, are venom (s) almost only (sterile drug (s)), they are not ailment (s) to mental health issue (s), and cannot cure, and/or aid mental health illnesses. Through out the world, there are a few anti-psycho-bio-tics that contain ailment (s) with heavy doses of sterile drug (s) making up the vast quantity of tablet or sterile injection volume (non-ailment (s)), however, doses are always entirely minimal, seeing most anti-psychotics not contain any ailment at all. Mental health medication is frequently subscribed alongside psychiatric drug (s), which is non-deadly, and far better for a patient (s) personal well-being, and his health, or her health.