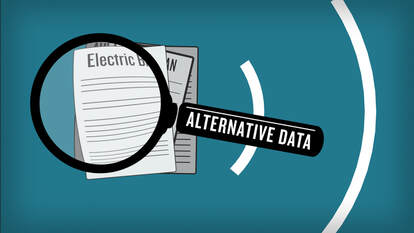 It is seen that all terrestrial being (s) are cloned, and of course intelligently designed universally, seeing anything that is terrestrial be entirely created.

It is admitted in international law that the human species is cloned, and entirely a breeding program, to be all personally bred as commodities.

It is seen by discovering of universities constantly since education system (s) began that we are programmed as a species to think, to see, to breathe, and to balance, and that all intelligences comes from artificial intelligence of a matrix extra-intelligent super computer system.

​In the early 1200's (through public access record), varying reports were given about theorems and fact (s) in scientific data, through the centuries report (s) varied about science and the data behind applied physics. The data one person reported (1207), became worldwide known and confirmed by advanced scientists of those age (s), this has been mirrored through the ages, with some addition (s) in knowledge by all access files under chartered history. Factual science has always had it's place, unbelieved by most, through all record (s) millions of files surround factual science dating mainly back to the late 1300's.

Through theorems came about fact (s), which moved away from theorems policies, and engaged in activity with field (s) of computable data, therefore stating that our mind (s) receive signals. The factual field has been interesting to most scientist (s), with record (s) indicating across the world that a combined extra-intelligent computer system, sent data to our mind, which allowed us to think and mainly see (and on occasion assist with balance). Book (s) around the late 1700's state that one person was extra-intelligent on earth, he as a man was able to perceive in futuristic scientific applied math (s) and physic (s). His science was revealing error (s) with nature, and with theorems field (s) knowledge, making his finding (s) ground breaking and almost commercial.

With our organization (The James Macleod Company), we very much understand his view (s) of data (knowledge), and we apply his data to our own science, allowing our organisation to attempt to advance his data into creation and intelligent design, he described our species as dark matter, his book (s) were more advanced than our own, his knowledge on dark matter were beyond the knowledge of everybody worldwide, leaving top researchers dumbfounded by what the person believed.

We view our bodies grown with assistance of electrical code (signal (s)), which has been combined with edible dark matter, we can clearly see that we compute data in algorithms, thus allowing us to be controlled and conditioned, this lead (s) the way for those of knowledge to understand in clear data we are created entities.

This data is alternative to all other theories or factual based studies on the creation of the universe and our species as a whole; it is data which is completely unique, discovered in part, mainly by chartered record in the early 1200's, we view creational mathematics as the key to understanding our existence.

'Data' states that we are intelligently designed and artificially intelligent, and that our intelligence is given to us by an extra-intelligent matrix computer system. The data goes on to state that all species great and small (Dark matter beings by description), are regulated and controlled by mind control from a matrix computer system which think (s) through algorithms of extra-intelligence, and therefore in applied computable math (s) states, we are intelligently designed (dark matter) and artificially intelligent (thinking in algorithms). The data also states that every planetary star is a equipment of technology (extra-advanced created purposely matter or technology).

Beyond this, this data states that our planet Earth is flying extra-advanced technology, and it is programmed to fly in its exact present position, that we fly in a precise pre-programmed manner, which provides an exact outcome. The data states that all planets are extra-advanced flying technology (matter of creation), and actively programmed to fly in their exact present and current positions entirely. We continue to study advanced data, while looking further into outcomes of code, and combination (figure) from extra-advanced mathematics, as we look to gain more experience in understanding our own unique combined value as commodities of creation across the United Nation zone (s).

The data is completely alternative from all other modern theories, and known policies, as it states an extra-intelligent matrix computer system exists (reality), which enables us to have a regulated heartbeat, it also allows us to have conscious thought, and it gives us vision with balance in total (and more besides). The data is completely unique within modern science, and our organisation continues to study more advanced data surrounding this topic, from many experiment (s), and from hundreds of thousand (s) of record (s). It is data (knowledge) beyond person (s) to perceive across the world, meaning that in our nature, a matrix extra-intelligent computer system can define us, without our prior acceptance of such a system, or with acceptance of that belief, but without knowledge of an algorithm to compute ourselves entirely.

In the world most people believe we evolved from parasites (non-data), or molecules, whereas in study and research, parasites and molecule (s) contain electricity among their cell (s), not only do parasite (s) and molecules contain electricity, through scientific record (s), applied force (s) exist through pattern of electric current, meaning that we can gain knowledge through some current algorithms, that we are dark matter.

Many people believe in a god and our data is similar, however different from all faith (s) across our spacial zone, as it states that evolutionary being (s) created the planets, stars and species in the universe for purpose of profit (business), meaning that terminology about a god or goddess and/or deity is inaccurate in scientific description. Also our data states that the extra-intelligent matrix computer system created breeding programs on many planet (s) through programming, deceiving us through programming that we are created, and therefore increasing the success of our breeding or incubation period (s).

​Science does not yet understand that our brains are not intelligent evolved instruments, instead science theorizes about how our brains have evolved and become super intelligent through a process of evolution which is completely illogical, and incorrect. We have not evolved to become intelligent, and if you believe we evolved and then we somehow acquired intelligence, then you are completely in a delusion or illusion about how your brain actually works, and who you, or we are.

​Your brain is not intelligent; your brain is plant matter (dark matter by scientific description), which is designed to be compatible with an extra-advanced matrix (central) computer system. Your brain receives signals from a matrix extra-intelligent computer system, which provides you with a regulated heart beat, a pulse, it enables vision, and for you to be able to think consciously (including balance). You are artificially intelligent, and therefore you are created and not an object that once you thought you were, however our bodies come into other term (s) (matter), as we are clearly by all data intelligently designed (formed physical matter/dark matter).

​Researching for a brighter future

​Mass data about applied physic (s) is covered up, and entirely censored, seeing the field (s) of physic (s), and in itself rhysic (s) severely delayed in discovering everything, at our organization we look at applied field (s) of science to enhance new finding (s). ​