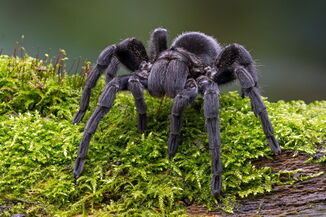 ​Pharma-toxicology is based on the fundamental study that toxin (s) can kill or injure a person, or multiple person (s), it was first introduced as national law in the United Kingdom according to confession (broadsheet press verified 2019/2020), for the purpose of shortening lives in the State of the United Kingdom. Supposedly person (s) prescribed these anti biotic (s) were ill, or unwell, as confession (s) admitted (broadsheet UK press verified) in certain instances medicines, including highly toxic venom (s) were introduced.

Toxin (s) such as eel venom, snake blood venom (s), and poisonous spider venom (s) were introduced to the United Kingdom mental health service patient (s) by force since around the 1700 (s) onwards (by public access record (s) confession (s)). The practice of forcing mental health patient (s) to consume medicines by force that are completely toxic, is truly global and still in this very day going on throughout all health center (s) in the United Kingdom, and the entire world, this illegal practice see (s) every country in the world subscribe illegal toxin (s), which are often graded as chemical war fare agent (s) by the United Nation (s).

Mental health pharma-toxicology is designed to kill or injure patient (s) (international press verified) in the United Kingdom, seeing that patient (s) through no fault of their own are shortened in their conscious lives, directly as a result of forced medicine (s), over 90% of acute care patient (s) through confession (s) in verified press by the UK Government (Downing street), die prematurely, which is a figure directly admitted also by the United Kingdom police force, who stated that they cover up data on legal cases with humanitarian court (s) for the United Nation (s) and the European Union, to prevent responsibility for injuring and killing million (s) of patient (s) through discrimination, hatred, and negligence.

Between the year 1990/1991 and 1997 police admitted to the European Council (E.U central state) that over 30,000 patient (s) had been killed by side affect (s) in direct contained acute care, of western Porton Down medicines subscribed by illegal force in most cases (s) in the United Kingdom (press verified). The data revealed that the mental health service (s) were not just in need of behavior therapy in the late 1990 (s), but also in need of an education of the sore subject they treated, as medicine (s) were in many cases purposely over-subscribed through all verified evidence, seeing many patient (s) killed by over doses of their own personal forced subscription (s).

Venom (s) in the medicine are still known to shorten a life at the very least with permanent usage, mainly ending a life after 12 to 19 year (s) of forced usage, or illegal force in obligation to comply with terror law of mental health service (s) as patient (s). The most common type of venom usage is eel venom, finding it much easier to extract blood from living conscious eel, than either spider (s) or snake (s).

However, snakes were according to confession often bred in factory plant (s) of large sizes in the UK (United Kingdom), mainly because all evidence showed that patient (s) died much sooner, with spider venom (s) being able to kill someone instantly, small proportion (s) of spider venom are frequently put in every patient (s) subscription, however cost (s) see that rarely according to report (s) is the venom in pure form (s) in the United Kingdom.

Hundred (s) of thousand (s) of patient (s) were known to be killed by pharma-toxicology in the United Kingdom every year, by the UK (s) confession (s) at the United Nation (s) congress, seeing over 90,000 staff commit war crime by breaking severe international law (s) of humanitarian law by making this medicine in mainly the west country of England (UK).

The situation has seen National Health service patient (s) unable to refuse medicine for other form (s) of condition (s) other than mental health act non-obligation (s) of patient (s) in the UK (namely cancer), which in many instances these patient (s) were refused treatment through confession (s) at the United Nation (s) by the United Kingdom.

Most patient (s) died either from non-natural causes (such as pharma-toxicology), or from radio toxic radiology, seeing many patient (s) across the world and the United Kingdom, be killed by war criminal attempt (s) of those treating condition (s). The entire subject is fully covered up globally, and in the United Kingdom through police confession any person able to uncover this situation (s) wrongdoing will be killed according to UK police confession (s) at the United Nation (s) (verified press Iran and Senegal 2020).

Toxicology is a sore subject at the United Nation (s) as many nation (s) vastly support the idea of continuing to kill patient (s) through mean (s) of toxic ending, chemical weapon program (s) have existed since they were first discovered as agent (s) of toxicity (harmful) (Sundan & Iran verified press with confession (s) by the UK & Ireland 2019/2020). The idea is based upon being able to kill every person due to discrimination of other (s) by sector staff UK, and actively attempting by any mean (s) possible to end life. All too frequently one of the most effective way (s) of success in chemical war fare (as rated by the United Nation (s)) is through pharma-toxicology, by forcing unsuspecting patient (s) to use treatment services which are harmful to other (s).

Vigilante (s) (non religious practitioners) often through their own policy set out through their hatred to kill person (s) around the world, and ultimately end life everywhere, this has seen these group (s) declared internationally as pedophile terrorist organization (s). They in themselves aim through their severe hatred of person (s) to find any mean of destroying life across the world (within 191 countries verified press internationally (broadsheet (s)), and often target medicine production companies for their own control of this outcome.

This has seen a silent war between state (UK citizen (s)) person (s) and vigilante (s), whereby often painful promises have been ordered by severely organized vigilante group (s), seeing many patient (s) killed as they are refused to be allowed in the UK to resist taking medicines (Baptist faith (terrorist regime) confession at the United Nation 2020 in verified press abroad).

The Baptist church in 2020 admitted to the United Nation (s) that it was a terrorist regime, which sought to control various nation (s) globally, and that it had yielded great success at controlling various offshore location (s) (fund (s)), and bank (s), therefore able to resume full control of the United Kingdom at any time it wished by payment of pedophile staff within the UK sector (s), or when itself perceived it should (insanely), it admitted it remained in total control of Public Health England, and it would refuse to surrender (s) it (s) right to kill or war crime against National Health service patient (s) at any cost.

The Baptist church are known through it (s) existence as a non-religion (UN sectioned faith (terror regime code)) to campaign hatred across the world, and trade with Public Health England to vastly supply other nation (s) with British pharma-toxicology, indicting several European nation (s) and various nation (s) across the world whom purchase from Public Health England these toxin (s). This ensure (s) that patient (s) in any form of care should exercise strong caution among doctor (s) & nurses worldwide, as treatment program (s) are frequently illegally forced throughout the world on individual patient (s).

​(All data collated and collected by legal means, from various departments across the UK)

​(There are a lot of gay (psycho) people in this world, many more than anyone can imagine, it is not the in thing to be seen as gay (psycho), so most gay males and gay females, runaway from who they are and develop split personalities (psychopaths), these splits in their personal personalities pretend they are straight, when deep inside these men and women are anything but straight people (acting out of context to straight in sexuality person (s)).

These people are known to the world as psychopaths, and must be treated cautiously, as when angered they became increasingly obsessed with evil thought and prey on constant occasion, and may mean harm without obvious reason, through they themselves developing fantasies about murder, rape (violent), and war crime, and on many occasion (s) attempting severe serious law break (s).

Anti gay (psycho) biotic (s) are legally able to be subscribed with pharma-toxicology when the psychopathic behavior within the convicted person (s) has not responded, and as well once the convicted person is arrested for severe serious law break (s) including, but not limited to, murder, genocide, war crime, active pedophilia & violent raping.