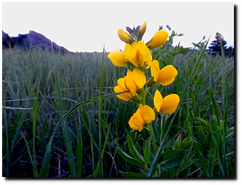 ​The global field of study of all sciences is delusional (based on theorems), and therefore not based on knowledge (by definition of wording or legal context), theorems are based around idea (s) of non-logical thought pattern (s), which are adopted by people without a surrounding perception. In order to perceive in accurate data, one must first understand true physical science, theorem field (s) avoid physical data, and tend almost entirely to drive in an inaccurate direction of implausible view (s).

Popular science ruins the field of genuine (real) study of science (s) (defined as data, and/or correct information, or accurate information, or matter), theorems have always dominated people (s) mind (s), meaning that people across the world in entirely wholesome amount cannot accurately perceive. Theorem (s) are very simple in commercial (popular) science, and therefore people with little, to no understanding of themselves, can adopt these non-scientific idea (s) into their idea (s) about the universe and creation itself, this totally (completely) deludes all field (s) of reasonable research and physical information available.

Most science globally is incorrect, and based on radical delusional (non-data) theories, proven in court at the United Nation court house, we are officially created, and therefore applied extra-advanced dark matter (binary electrical product). The saddening fact about our species of defined dark matter, is that we cannot comprehend in total, or partial amount our value, or our purpose at all. This enable (s) real data to be overshadowed, which in turn allow (s) popular theorems to dominate all scientific field (s), grossly removing true, and/or accurate data from serious field (s) of study, or research.

Big bang theorems concentrate on basic perception (s), and source data through implausible theories of idea (s) based around common knowledge, the interesting attitude of theorem scientist (s) is that they stem away from their own intelligence (s), and head into an idea that former record (s) of scientist (s) noted knowledge (true origin data). In one scientist (s) mind, adaption was evidence of evolution, whereas in his (Charles Darwin) studies, he only noted a form of variance, which in itself remains visible through all record (s) in an unsupportable form of data (therefore meaning non-knowledge, and/or defining non-data).

Charles Darwin failed to credibly prove through all access record (s) any form of scientific measure, he noted that an object adjusting to light, proved we evolved, however in reality his basic studies (of which all his studies were incredibly simplistic) showed that we adjust to our environment, through these examples his knowledge became with many uneducated people, credibly very popular, the media of his ages backed his theories, and these theories were seen as solve, and/or solution for many person (s) dilemmas. His (Darwin's) view (s) upon many uneducated, and low knowledge person (s) were credibly easier to believe in, in those particular era's (history), and at those times more advanced scientists projecting more complex information theories were continued to be overshadowed, as they still are in person (s)  to this very day.

Data is incredibly difficult to perceive for most worldwide, information is computable (number (s)), our intelligence operate (s) in complex (hyper code) algorithms, what popular science cannot comprehend, is how to comprehend itself, without knowledge in research, popular scientist (s) cannot perceive in an accurate manner, as extra-intelligent computer software (hyper-ware) control (s) our thought processes, in itself without people understanding they are created (a commodity in value), and therefore programmed to be alluded from their own personal reality.

Science cannot comprehend technology, science can only perceive that it is possible that it's belief set (s) are incorrect, popular science is known to dominate field (s) of understanding (s) internationally, because it remain (s) basic and simple in it's total (entire) description. Hyper-code (severe complex diagnostic value (s)) are known to exist through survey in information we read (complete), we process data, and as we process data, our mind (s) engage in complex (severe hyper-code, and/or hyper-algorithm) information, this particular issue with popular method (s) of data (or non-data), is completely ignored by full research across the world in theorem field (s) internationally, making theorem field (s) in description for those that lack ability to harness research result (s) accurately.

People can perceive (on occasion)

​While people across our planet, cannot accept that our current understanding of science (theorem based idea (s)) is wrong, and radically incorrect, as it turns out, as a species we are supposed to think this way (a programmed purpose). We are supposed to believe in the science we currently believe in (an accurate misdriven thought process), people cannot adopt a new understanding of science at all, and that is because of the way we are collectively programmed (algorithm based programming).

While in the future people will as a collective species have a better understanding of science (more advanced formulas will exist), than we in this age currently adopt, or have in personal collective term (s), we will never understand why we are here, and more importantly how we got here as (dark) matter, or terminal produce (value or commodity). We point out through our studies of actual science (physical data), that there is very clear, complete evidence that we compute information (data), this in turn, means that intelligence is external (connected), and that in fact we are artificially intelligent (computing data). The evidence is irrefutable, and if you cannot compute that your intelligence, balance, eyesight, pulse and thought processes come from artificial intelligence, then you are not computing data accurately (you are seeing a purposeful (sinister) error code), and very possibly supposed to be blind from the dark matter you, in yourself, or his-self, and/or herself actually define (s) in oneself as entities. ​

​To understand the operating technology which keeps us successfully here on our planet, is almost impossible for most people to comprehend, we are not talking about social media or the latest apple tablet technology, we are talking about the technology which keeps the universal planetary system operating as an external force of nature (description). Technology keeps our extra-advanced created planet flying and spinning in precise formula, which is information beyond the understandings of most scientists globally, technology is described by most scientists as nature, but what most scientists fail to comprehend, is that all living conscious nature is artificially intelligent (algorithm based), and therefore cannot and/or will not be best described as natural.

Popular science is not a field that enjoy (s) researching credible data, it instead look (s) to engage in ignoring information completely, ensuring that it cannot be challenged, by ignoring real, genuine and sincere (complex) algorithm, and therefore allowing itself no balance, or context (matter) at all. The small code (s) that people attain with physical challenges, only allow certain levels of thought patterns through complex diagnostic (s), this see's that people perpetuating popular theorems cannot allow their mind to see matter or mathematics accurately. Proven through all popular physicians of accurate science, is that you cannot argue a factual topic, you can only debate within that factual topic, with commercial popular field (s) of study within commercial science (s), everything is ignored, which in turn allow (s) inaccurate data to be broadcast across the world (s) media (s), and education (s).

Popular physics is not a subject based on actual physic (s), it is based on a source of subject (s), or several misconceptions surrounding an idea that remain (s) non-plausible (theorems). Science cannot allow itself to be seen as incorrect, and while all nation (s) falsely apply a delayed approach to personal discoveries internationally, the technology we build as a species can only advance, if further field (s) of education apply more complex based approaches to the subject (s), surrounding creation and information theorem (s) in an entire amount (complete value), science is age (s) (year (s)) behind where it could be in itself as a key source of formula (s), and sadly until further education centers adopt a more sensical approach, we as a kind, and/or species will never advance as much is possible in approaching greater need (s).